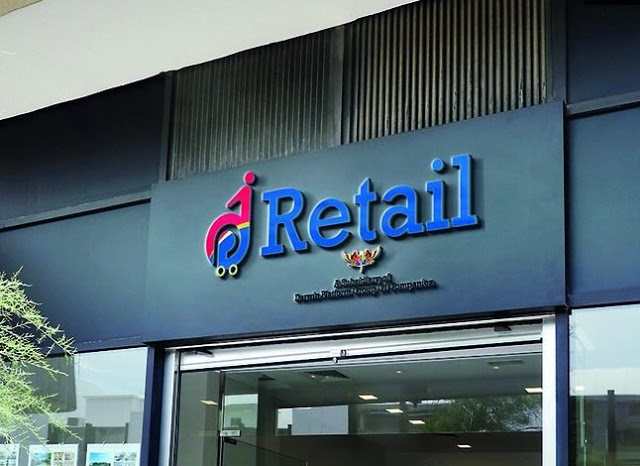 The Indian retail sector, worth over $ 700 billion, is marked with its uniqueness and offers huge opportunities and room for all, be it foreign or domestic, big or small retailers. The Indian retail industry is 90 percent unorganized and dominated by 15 million Kirana stores. Given huge potential in the retail space, not only Reliance, but other Indian business giants have also joined the race to give a tough time to global giants such as Walmart India and Amazon Retail. Indian companies, foraging into retail space are also focusing on the Indian Traditional Products and values that are sweeping across the country.

With a strong spirit to push Atmanirbhar Bhuat-triggered Make in India and Vocal for local, the Indian Global Business Conglomerate Darwin Platform Group of Companies (DPGC) has realized the potential of Indian growers, MSMEs, and skills and is all set to leverage these strengths for the Indian consumers. The DPGC reportedly announced its entry into the ever-growing retail sector in India. The Retail journey begins in Mumbai. ’DP Retail' the Retail Arm of DPGC, is yet another innovative initiative by the DPGC led by its Chairman and Managing Director Ajay Harinath Singh- The Prince of Siiltanpur and the descendent of the Ikshvaku clan. He coins from Lava (The Son of Lord Rama) lineage. Lava belongs to the Ishkavaku clan or Suiyavanshi Dynasty of Kshatriya in ancient India and Ajay Harinath Singh's caste — Suryavanshi claims their descent from Lava. With a glorious lineage, Ajay Harinath Singh is passionate about nation-building through song and innovative models.

It is fact that with robust policy reforms and improved ease of doing business in India, foreign giants are finding strong foot in India. However, Indian companies, with innovative consumer-centric business models, have an edge over foreign counterparts. Apart from a deep understanding of the choices and taste of the Indian consumers, pruning the gestation period for setting up retail stores in India would easy for domestic players compared to foreign ones," remarks Chairman and Managing Director, DPGC Ajay Harinath Singh.

The Indian retail sector is exemplified by fragmentation and segmentation. DP Retail envisages charting out a long-term sustainable growth path and good quality retail. The most important aspect of its plan is to introduce innovations in every area of operations pricing, marketing, procurement, sourcing, merchandising, and adoption of new technologies. Going forward with the expansion of its stores across India, the company would set in train a virtuous cycle of growth and job creation.

The Group would give tough competition to foreign giants in the retail space. In the food retail business 100 percent, FDI is allowed, which provides global companies like Walmart and Amazon (Amazon Retail India) with a perfect opportunity to amplify its presence in the country. Walmart’s global competitor Amazon also has a keen interest in the Indian market. Recently, Amazon through its Indian arm plans to invest $500 million in the food retail business. Competition seems tough in the retail space with big players eyeing mega share. But now With Indian players like Reliance and DPGC in the race, tile globe] giants would find it hard to penetrate easily the Indian market as they would have thought earlier.

First of all, DP Retail strives to create an innovative B2C platform with as strong B2B operations. DPGC’s entity into the Ludian retail would have multiple implications among being a peril for global giants like Walmart and Amazon that are trying to find strong feet in India.

"Innovations would be inherent in its marketing, merchandising, and other areas of operations. We should be leveraging our PAN India presence. Hence, a customer in Mumbai can have ethnic food items from any put in the country. So, we would cater to the rising consumers' demand. Overall, it would a nay buying experience await customers at IP retail stores,” says Ajay Harinath Singh.

The company has reportedly announced the opening of six self-owned exclusive stores in Mumbai, Maharashtra. During the initial phase (FY22) 100 mega stores are planned in big cities across 20 states. In the next two years, DP Retail plans to Expand its footprint in every state with both its own exclusive stores and thought franchisee. DP Retail megastores would be spread over 2500 square feet. smaller stores spread over 500-600 square feet and would come up within a radius of a one-kilometer in Metro cities like Mumbai and Delhi.

“DP Retail would be investing over ₹ 1,000 crore in the next financial year -2021-22 and would also bring in foreign direct investment in the country. Initially, the company will focus on offline sales, and being a tech-enabled company it would also strengthen its presence in the industry through digital disruptions, " The DP Retails Chief expounds.

Established in 1996, the DPGC’s net worth is USD 1.6 billion and It has 21 associates Companies. Over the years, the Group has made rapid progress in several sectors with its Other associate companies which include Darwin Platform Capital, Darwin Platform Holding & Darwin Platform Infrastructure. Apart from these the Group, through its subsidiaries and associate companies, also operates in Banking, Healthcare, Aviation, Realty, Energy, Mass Media, and II Sectors. DPGC’s entry into the Indian retail space iS â tale of the increasing dominance of Indian Giants.